You Are Here:Home>RadioMom Local News>Local Man Arrested For Reportedly Killing His Wife 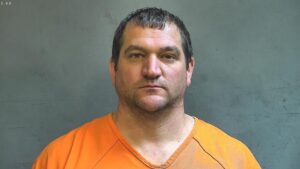 A Boone County man has been arrested and is accused of killing his wife. Andrew Wilhoite faces a charge of murder for the death of his wife, Elizabeth “Nikki” Wilhoite. Nikki Wilhoite was reported missing Friday morning after not showing up to work. Investigators found out there had been an argument between Andrew and Nikki, and at some point, Andrew apparently hit Nikki in the head with an object. He’s accused of later dumping her body near a creek. Nikki’s body was found in about three feet of water Saturday morning. Andrew Wilhoite is in the Boone County Jail.