Luck Runs Out For Unsafe Drivers During Campaign

You Are Here:Home>RadioMom Local News>Luck Runs Out For Unsafe Drivers During Campaign

Luck Runs Out For Unsafe Drivers During Campaign 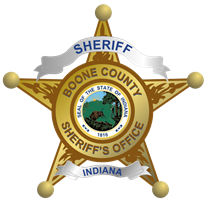 The Boone County Traffic Safety Partnership (BCTSP), announced the results of the overtime patrols that were conducted in March to prevent dangerous and impaired driving. During the month-long crackdown, officers issued 19 tickets and made 1 arrest in Boone
County. Two officers with the BCTSP worked 19 hours, stopped 42 vehicles, issued 19 citations (including, 7 citations for speeds between 16mph – 20 mph over the posted speed limit), and 37 warnings.
“Driving impaired or dangerously has consequences,” said Boone County Sheriff, Michael Nielsen. “You could get arrested, or worse, be involved in a traffic crash that causes serious injury or death. Don’t wait until it’s too late to change your behavior. Roadway safety is every driver’s responsibility.” According to the Indiana Criminal Justice Institute, dangerous driving, which includes such factors as
speeding, tailgating and disregarding a traffic signal, accounted for 12 percent of all crashes and 30 percent of all traffic fatalities in Indiana in 2019. Despite having fewer drivers on the road last year, 2020 was one of the highest years for traffic fatalities in the past decade.