You Are Here:Home>Obituaries>Luther V. “L.V.” Wright 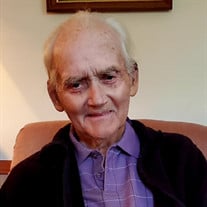 He graduated from High School in Somerset, Kentucky. Following high school Luther served his country honorably in the U. S. Air Force.

He was a devoted family man who loved being involved with his grandchildren and their activities. Tinkering in his garage and woodworking was a favorite pastime of his. L.V. was genuine, caring, and would help anyone in need. He will be greatly missed by all who knew him.

In addition to his parents and wife, he was preceded in death by brothers, Don and Ronnie Wright.