You Are Here:Home>Obituaries>Manda Jo Clevenger 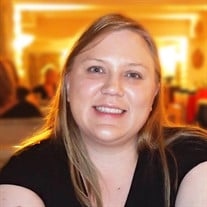 Manda Jo Clevenger, 42, passed away surrounded by her family on Sunday, January 2, 2022 at Witham Memorial Hospital in Lebanon, Indiana. She was born on April 12, 1979; a daughter of Dan and Christine (Buckley) Clevenger.

She was a 1997 graduate of Knightstown High School and a 2001 graduate from the University of Southern Indiana with a degree in Computer Information Systems and French. In 2006, she received her law degree from Valparaiso University.

On January 25, 2011 in Costa Rica, she was married to Matthew Petty and he survives.

Manda worked for the State of Indiana in the department of Environmental Management, Department of Health and later as Director of Food Protection. She also was on the Zionsville Park Board. She had a heart of gold and will be missed by all who knew her.

Boone County Crematory have been entrusted with her cremation following services. Memorials may be made in her memory to the Boone County Humane Society.