You Are Here:Home>Obituaries>Marcie A. Davis 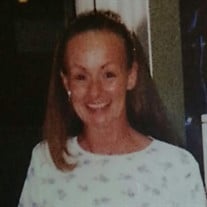 Marcie A. Davis, 61, passed away on Thursday, July 15, 2021, at Witham Memorial Hospital in Lebanon. She was born on July 8, 1960 at the Shaw Airforce Base in Sumter, South Carolina; a daughter of the late Howard A. and Sylvia L. (Sauter) Davis.

She was a 1978 graduate of Western Boone Jr. Sr. High School. In her early years, she volunteered as a Candy Striper at Witham Memorial Hospital. Marcie later became a certified nurse assistant and had briefly attended nursing school. She loved working in the medical field and helping others.

Marcie had a strong faith and was a member of St. Joseph Roman Catholic Church in Lebanon. She loved her children and adored her grandchildren, who were the light of her life. In addition to her family, she also enjoyed soaking up the sun by a pool; but her absolute favorite place was on the beach, by the ocean. Marcie was a devoted mother, grandmother and sister who loved life and was a good friend to all who knew her.

Visitation will be held on Saturday from 1:00 p.m. until the time of service at the funeral home in Lebanon.

Myers Mortuary and Boone County Crematory have been entrusted with her cremation arrangements.