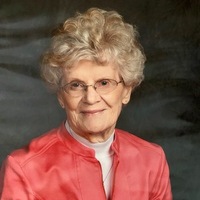 Marjorie Miller, 93, of Lebanon, passed away Thursday, October 14, 2021 at Witham Memorial Hospital.  Marjorie, the daughter of Roy D. and Josephine (Powers) Lee, was born in New Maysville, IN on July 28, 1928.  Most of her growing up years were in North Salem, IN where she graduated from North Salem High School.  She married Bobbie “Bob” Herbert Miller on December 11, 1949 in the North Salem Christian Church.  Her beloved Bob preceded her in death on March 6, 2016 after 66 years of marriage.

In addition to her parents and her loving husband, Marjorie was preceded in death by her brothers, Max Lee, Bob Lee, Rex Lee, Roy “Junior” Lee, Ralph Lee, Jack Lee, and Maurice Lee, as well as her sisters, Wanda Zavada, Joan Gochenour, and Juanita Hale.

Marjorie began working at a very young age.  She worked at the Indiana State House as a young adult.  She then elected to stay home to raise her children and work on their family farm.  She returned to work in the Treasurer’s Office and later at the Recorder’s Office at the Boone County Court House.  Marjorie was always interested in politics and followed current events rather closely and enjoyed a spirited discussion on the hot topics.

Marjorie was a woman with a strong Christian faith who dearly loved her church and her family.  She always enjoyed hosting gatherings with family and friends, cooking and gardening.  Marjorie knew what it took to be a strong supporter as a farmer’s wife for many, many years.  She took great pride in creating a warm and welcoming home and taking good care of her family.  Bob and Marjorie adored one another and loved spending time together.  For a number of years, they managed the Boone County 4-H Fairgrounds together and later they were the caretakers of the Boone County Home.  One of Marjorie’s favorite quotes was, “We stand tallest when we stoop to help others”, and she lived accordingly.

Family and friends will gather Sunday, October 17th for visitation from 2 p.m. until the time of the memorial service starting at 5 p.m. for anyone wishing to attend in the Strawmyer & Drury Mortuary, 2400 N. Lebanon St., Lebanon, IN.  Marjorie will be laid to rest at Oak Hill Cemetery in Lebanon on Monday, October 18th with a private burial service.  Memorial contributions may be made to the New Brunswick Church of Christ, 6480 IN 39, Lebanon, IN  46052.