You Are Here:Home>Obituaries>Mary Jane (Williams) Limp 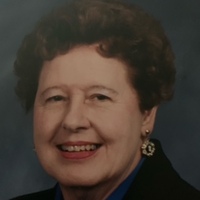 Mary Jane (Williams) Limp, 89, passed away peacefully October 11, 2021, in Columbus, Indiana. Mary Jane was born July 24, 1932 in Lebanon, Indiana to Mary Kathryn and Forest Brook Williams. She was married to James Limp, Jr. in 1957 in Whitestown, Indiana. They were married for 60 years until Jim’s death in 2018.

Mary Jane grew up on a farm in rural Lebanon. She was raised by her loving father after her mother passed away when Mary Jane was 9. She graduated from Whitestown High School in 1950. Mary Jane was very active in the Whitestown Baptist Church. She sang in the choir and was a soloist for weddings. Mary Jane worked at Stewart Warner in Lebanon for several years.

After they got married, Mary Jane and Jim lived in Zionsville, Indianapolis, and Lebanon. They raised three children: John, Maryann, and Bob. Mary Jane loved children. She was a stay-at-home mom and took a very active role in raising her children, guiding and providing for their education and well-being while Jim worked at Eli Lilly & Co. and volunteered for many organizations.  All three of their children have college degrees.  Together, they provided exemplary role models as parents and grandparents for their family.

Mary Jane was a member of First Baptist Church in Lebanon and Eastern Star.

Her family would like to thank the kind and caring staff at Traditions and Four Seasons nursing homes in Columbus, Indiana.

In lieu of flowers, donations can be made to UWCI-Boone County ReadUP, 221 North Lebanon Street, Lebanon, IN 46052, or the donor’s favorite charity.