You Are Here:Home>Obituaries>Mary Jeanette Hollingsworth 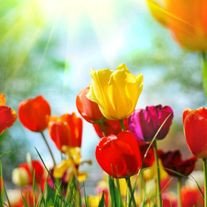 Mary Jeanette Hollingsworth, 82, passed away on Saturday, April 17, 2021 at home in Whitestown, Indiana. She was born in Clinton County, Indiana on October 29, 1938; a daughter of the late Russell and Marie (Thomas) Davis.

She was married to Robert M. Hollingsworth in Sheridan, Indiana. He preceded her in death in November of 2004.

Mary was a 1957 graduate of Kirklin High School. Not only was Mary a loving wife and mother at home but she also spent many years as a “jack of all trades” working at many places such as Sears, Roebuck and Company, and even working as a product clerk and manufacturer in several warehouses.

She was a member of the Sheridan American Legion Auxiliary. Mary enjoyed gardening, painting, casinos and taking her Harley for rides around town.

No Funeral Services are planned. A Celebration of Life will be held at a later date.

Myers Mortuary and Boone County Crematory in Lebanon, Indiana has been entrusted with her arrangements.

In lieu of flowers memorials may be made to the Dementia Society of America, 188 North Main Street Doylestown, PA 18901.