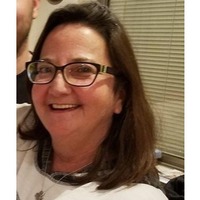 Mechelle was born Sep. 4, 1970, in Indianapolis, a daughter of Jackie (Rutledge) Frye and the late Paul Chitwood. She married Ron Woodard on Dec. 9, 1989. He survives.

Mechelle owned and operated Woodard’s Uniquely Done, alongside her husband; she also enjoyed working at Chase Grocery and Grub.

Mechelle really enjoyed spending time outdoors with her puppies, grandpuppies, kids and husband. She loved going to zoos and taking photos alongside her daughters. Mechelle enjoyed working with children and even worked at both the Lebanon Middle School and Traders Point Christian Academy. She loved different types of crafts including making stuff on her Cricut machine. Mechelle enjoyed going to antique stores and collecting antiques with her husband. Lastly, she loved her yearly trips to Myrtle Beach with her family.

In addition to her father, Mechelle was preceded in death by her sons, Zachary and Levi Woodard.

Family and friends will gather Friday, Feb. 11, for visitation from 10 a.m. until the time of the funeral service at 12 p.m. in the Strawmyer & Drury Mortuary, 2400 N. Lebanon Street, Lebanon. Mechelle will be laid to rest at Lincoln Memory Gardens in Whitestown. Memorial contributions in her memory may be made to Riley Children’s Hospital or Boone County Humane Society.