You Are Here:Home>Obituaries>Norma J. Moore 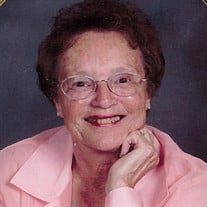 Born and raised in Indianapolis, she was a 1955 graduate of Ben Davis High School and still enjoyed meeting with former classmates.

On August 20, 1955, Norma married Gerald J. Moore in Indianapolis. They moved to Jamestown where they raised their family. She was a devoted mother and homemaker. Gerald preceded her in death. She was married to John H. Henry on May 5, 2008 to his death on August 4, 2010.

Norma previously worked at Walmart as a greeter and floor associate. She was a member of the Advance Community Christian Church and the Senior Center in Lebanon. Norma loved spending time with her family and friends. She enjoyed traveling, watching birds, painting and doing crafts and was an avid card player.

Visitation will be held from 4:00 to 7:00 p.m. on Wednesday, May 26, 2021 at the funeral home. Interment will follow services at Lincoln Memory Gardens in Whitestown, Indiana.