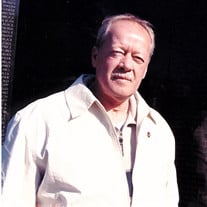 Mr. Orville Dean “O.D.” Dale, 80, of Lafayette, Indiana passed away peacefully at home with his loving family by his side on Wednesday evening October 13, 2021. He was born in Lebanon, Indiana on December 1, 1940; a son of the late Orville Thomas and Lilly May (Tandy) Dale Kimble.
He was a 1960 graduate of Lebanon High School. Following high school, served his country honorably in the U.S. Marine Corps.
On July 26, 1997, he was united in marriage to Cecile Anne (Kaza) Dale; she survives.
Early in life, he was employed with Shumate Business Forms, Commercial Filters and Stewart Warner. In 1969 he began his supervisor career with Eli Lilly which led him into retirement in 1994. He was a member of the Church of the Blessed Sacrament in Lafayette and later was a member at St. Thomas Aquinas Catholic Center in West Lafayette, Indiana. He was also a member of the Knights of Columbus in Lafayette, where he served on the council.
He was a devoted husband, father, and grandfather as well as a good friend to many. O.D. was a big sports fan. He especially loved baseball-was an avid Dodgers fan, and always enjoyed a good day of fishing. O.D. was also meticulous with mowing and truly enjoyed taking care of his lawn.
Survivors include his wife, Cecile Dale of Lafayette; daughter, Deana (Jerry) Galema of Lafayette; sons, Darren (Sarah) Dale of Bloomington, Illinois, Joshua Dale of Salisbury, Maryland, Jerren Dale of Lafayette;
grandchildren, Riley Dale, Elijah Dale, Levi Dale, Sawyer Dale, Brenya Dale, Brielle Dale, Tyler Galema and Bailey Galema; brother, Larry E. Dale of Iowa; sister, Wanda Shanklin of Lebanon, along with several cousins, nieces and nephews.
Funeral Mass will be held on Monday, October 18, 2021 at 10:00 a.m. at St. Thomas Aquinas Catholic Center, 535 West State Street in West Lafayette, Indiana 47906.
Visitation will be held from 9:00 a.m. until the time of Mass at the church in West Lafayette. Graveside services will be held at 2:00 p.m. on Monday, October 18, at Browns Wonder Cemetery in Lebanon, Indiana.
In lieu of flowers, memorials may be directed to Disabled American Veterans, 575 North Pennsylvania Street, Room 324, Indianapolis, IN 46204.
Myers Mortuary in Lebanon, Indiana is handling his arrangements.