You Are Here:Home>Obituaries>Obituary For Bill Spidel 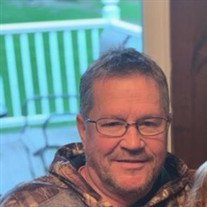 William J. “Bill” Spidel, 60, of Crawfordsville passed away at Franciscan St. Elizabeth Hospital in Crawfordsville on June 21, 2019. He was born of May 2, 1959 in Lebanon, Indiana son of the late, Don and Jacque (Martin) Spidel.

Bill was employed over thirty years with Local 18 Insulators of Indianapolis. He attended the United Methodist Church of Crawfordsville and served as a volunteer fireman in his community.

He had a kind heart, loved his family and enjoyed hunting, fishing, woodworking, cars and watching Jeopardy.

Funeral Services will be held on Thursday, June 27, 2019 at 11:00 a.m., at the funeral home in Lebanon. Interment will follow services at Oak Hill Cemetery in Lebanon.