You Are Here:Home>Obituaries>Obituary For Clinton Simmons 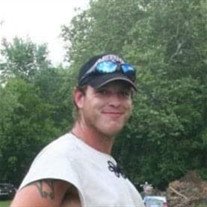 He was raised in Boone County, Indiana and graduated from Western Boone High School in 2008. Following school, he attended Ivy Tech in Indianapolis. Later, he enlisted in the United States Army where he served as Private E-2.

After his return from the military, Clinton began working as a Tire Tech for Pomp’s and Love’s Truck Stop.

He was a devoted son, brother, and friend. Clinton enjoyed being a foster parent for many four legged friends, a member of Amtgard, and spending time with his family.

Funeral Services are to be held on Saturday, May 18, at 10:00 a.m. at the funeral home in Lebanon. Interment will follow services at Old Union Cemetery in Jamestown, Indiana.