You Are Here:Home>Obituaries>Obituary For Donald “Don” Graham 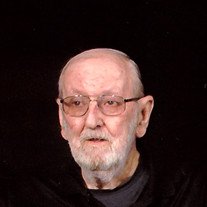 Donald Lee “Don” Graham, 83, of Lebanon and formerly of Whiteland, passed away on June 14, 2019 at St. Vincent’s Hospital in Indianapolis, Indiana. He was born in Boone County, Indiana, on April 6, 1936, a son of the late John E. and Emma Sarah (Corwin) Graham.

Don began his career as a pressman for the Lebanon Reporter. He and his family later moved to Whiteland, Indiana where he retired from the Whiteland Post Office after thirty-two years of dedicated service.

He enjoyed serving his community in Whiteland as a volunteer fireman and as a Deputy Police Marshall. He also worked on lawnmowers at his “DD” Lawnmower Shop.

In addition to his parents, Don was preceded in death by a daughter, Amy Graham; brothers, Larry Graham and John Graham; and sister, Ruth Ann Martin.

Visitation will be on from 4:00 – 8:00 p.m. on Monday, June 17 at the funeral home in Lebanon. Interment will follow services at Lincoln Memory Gardens in Whitestown.