You Are Here:Home>Obituaries>Obituary For Dr. James E. Davis 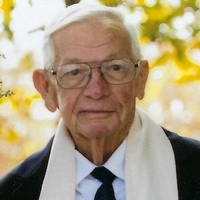 Dr. James E. Davis of Lebanon passed away on March 16, 2019 at the age of 88. He was the younger of two sons born to Lillian and Ransom Davis in Chattanooga, TN. They preceded him in death as did his older brother, Arnold “Buck” Davis. Dr. Davis attended Tennessee Wesleyan College and Emory University of Theology. His college education was temporarily delayed as he enlisted and proudly served in the US Navy for four years. Following Military Service he married the love of his life, Sue (Sesler) Davis and they enjoyed 60 years together until her death in May, 2015. Dr. Davis returned to graduate school after Naval Service and received a Master of Social Work from the University of Tennessee.

Having theology and social work degrees he served in several social service and ministerial positions in his early career. In 1964 he was hired as Executive Director at Indiana United Methodist Children’s Home in Lebanon and served in this role for 31 years. Under his leadership the Home became nationally recognized as an outstanding agency in their mission of service to children and families. Dr. Davis remained active in his service to the United Methodist Church and was a pastor in full connection to the South Indiana Conference throughout his career at the Home. He was a member of Centenary and Otterbein United Methodist Churches in Lebanon. He served on many local and state Boards as he worked tirelessly to improve the lives of youth and their families in Indiana. Dr. Davis received many awards and recognitions during his professional career as did the Home. He was twice presented Lebanon’s “Key to the City” by Mayors Ann Garoffolo and James Acton. As a member of the Lebanon Rotary Club for over 40 years he served as their scholarship Committee Chairperson and is a “Paul Harris Fellow” in Rotary International.

On the state level Dr. Davis served two years as President of Indiana Association of Residential Child Care Agencies (IARCCA) and received their highest honor the Robert E. Pollitt Award. For his outstanding work with youth and their families he received an honorary Doctor of Divinity degree from DePauw University in Greencastle. Following his terms on the Indiana State Board for Child Care Regulations, Dr. Davis was made a Sagamore of the Wabash by Governor Robert D. Orr. Other professional memberships included National Association of Social Workers, Academy of Certified Social Workers, Diplomate in Clinical Social Work and licensed Social Worker, State of Indiana.

For many years, Dr. and Mrs. Davis shared their winters together in Marco Island, Florida. He enjoyed fishing, the beautiful sunsets and their many Florida friends.

Visitation is planned from 10:00 a.m. to noon on Saturday, March 23, 2019 at Strawmyer and Drury Mortuary followed by a celebration of life at noon at the mortuary. Memorial contributions can be made to Lebanon Community of Shalom, P.O. Box 135, Lebanon, IN. 46052 or Indiana United Methodist Children’s Home 515 W. Camp St. Lebanon, IN 46052