You Are Here:Home>Obituaries>Obituary For George M. Johnson 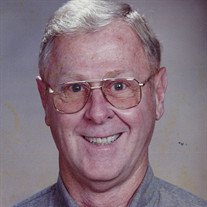 George M. Johnson, 79, of Elkhart, IN, passed away on Feb. 9, 2019 at Eastlake Nursing & Rehabilitation. He was born on Feb. 20, 1939 in Lebanon, IN to George H. and Garnet A. (Wells) Johnson. He married Melba Shoemaker on July 26, 1959 in Mounts Runn, IN. She preceded him in death on Sept. 6, 2005.
He is survived by his son, Greg (Debbie) Johnson, of Goshen, and 3 grandchildren: Leslie Forester, Marty (Nathan) Ballard and Britney Kelly.
George graduated from Lebanon High School in 1957. He spent 22 years in automotive sales at J.C. Penney. He retired from Bayer after 17 years as a clerk. He was a member of Faith United Methodist Church and the Elks Lodge #425.
Visitation was held at Stemm-Lawson-Peterson Funeral Home in Elkhart on Friday Feb. 15, 2019. Cremation followed the visitation.
Graveside Services will be held at 1:00 p.m. on Saturday, March 23, 2019, at Mts. Runn Cemetery, rural Zionsville. Myers Mortuary in Lebanon is handling the arrangements for burial.
Memorial contributions may be given to the American Lung Association.