You Are Here:Home>Obituaries>Obituary For Herbert McRoberts 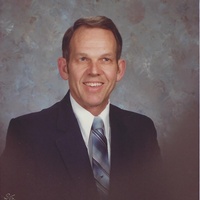 Herbert Leon McRoberts, 89, was born Jan. 5, 1930, at the original Witham Hospital in Lebanon. He died at home and went to be with His Lord on March 15, 2019.
He is survived by his wife of 67 years, Faedetta Ann (Maple) McRoberts; children, Cindy (Rick) Kramer of Indianapolis, Steve McRoberts of Lebanon, and Brenda (Kevin) Roberts of Camby; four grandchildren, Dr. Michael (Katherine) Kramer of Benton, IL, Julie (Sherwin) Damdar of Rochester, NY; Jordan (Amanda) Getz of Martinsville, and John Getz of Mooresville; seven great-grandchildren; and sisters, Wanda Shirling of Mesa, AZ, and Lois Jean Sharpe of Indianapolis.
Herb’s parents, life-long Lebanon residents, Herman and Pauline (Zenor) McRoberts, preceded him in death.
Herb spent the majority of his childhood at 717 Baronne Street. He attended Harney Grade School and Lebanon H.S., where he started varsity basketball and baseball for three years. He was awarded a scholarship to play basketball at Butler University.
In 1952, Herb joined the Air Force and married his high school sweetheart. They were married at First Baptist of Lebanon on March 9, 1952. He attended a six month military training school for radio and communications in Biloxi, MS before being sent to South Korea and Okinawa, Japan. He rose to the rank of a staff sergeant.
In 1956, after his four years of service, they located to Speedway, where Herb worked 18 years as a salesman for Kraft Foods, Inc. In 1973, he began work for Continental Food Brokerage (later renamed Walters Continental) where he called on the A & P Tea Company and Marsh Foods for 22 years, retiring in January of 1995.
Herb stayed busy in retirement working two years as a crossing guard for Speedway schools and five years as a floral deliverer for Jones Florist in Lebanon, often singing to the recipient! This was followed by four years of working on the Lebanon H.S. janitorial staff. During his retirement, he also volunteered his time cleaning school rooms at Covenant Christian School (originally affiliated with Chapel Rock Christian Church) in Indianapolis. He played the chimes in the “Top of the Hill” band for Lebanon nursing homes, helped weekly for three years in the music program at Lebanon’s Parkwood Nursing Home, and sold hoagies for the Lions Club on bicycle.
Herb also served the Lord Jesus in a variety of ways at Covenant Baptist Church when his children were young, later at Chapel Rock Christian in Indianapolis, and then full circle again at First Baptist of Lebanon, where they relocated after retirement. Through the years, he was a Sunday school teacher (children and adult), sang solos, and served as an elder, deacon, usher, and greeter. Herb was fun-spirited and the couple hosted and participated in many church group activities.
He made laughter part of every family gathering and was known for his love for making magic marker signs to display for family celebrations. He loved to entertain his family with silly hats and costuming. His family enjoyed his being the Family Master of Ceremony and calling out Bingo numbers for prizes. The word “stranger” was not in his vocabulary, as he would give a smile and converse with all ages. He will be greatly missed.
Family and friends will gather Thur., March 21, 2019, for visitation from 10 a.m. until the time of the memorial service at 2 p.m. officiated by his grandson, Michael Kramer, alongside Pastors David Wright and Tim Stonecipher, in the Strawmyer & Drury Mortuary, 2400 N. Lebanon Street, Lebanon. Burial will take place at Lincoln Memory Gardens in Whitestown. You are invited to visit the website www.strawmyerdrury.com where you may sign his online register and leave a personal message.
The family is grateful for the excellent, loving care given to Herb by Guardian Angel Hospice.
Memorial contributions may be given to First Fruits, First Baptist Church of Lebanon, or to donor’s choice.