You Are Here:Home>Obituaries>Obituary For James (Jim) Russell Miller 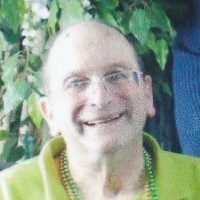 Jim was born Sept. 10, 1949, the son of Vivian Miller of Bloomington, IN and Robert Miller of Ellettsville, IN. He was married to Sheri Hassler of Anderson IN. After 38 years of a loving marriage, she preceded him in death on Sept. 7, 2018. They had one son, Justin Miller, in 1986.

For 30 years, Jim and Sheri resided on East 34th Street. He was a stay at home dad who ensured that their son was taken care of and received the extra attention necessary to overcome Dyslexia.
In late 2017, failing health necessitated a move to SHC at Parkwood Lebanon. While there he made an extended family with the staff.

Jim was a member and previous secretary of the Indiana Stamp Club. He assisted in the work and administration of INDYPEX for many years and presented on his primary philatelic interest; Alexandra Romanov and the time of The Great War.

“Throughout his life, Dad was a man defined by his interests and passions. Although time and his health caused some focuses to wax while many others waned, his most significant interest, his wife and son always remained.”

Family and friends will gather Monday, July 1, 2019, for visitation from 11 a.m. until 1 p.m. with the funeral service taking place at 1 p.m. at Strawmyer & Drury Mortuary, 2400 N. Lebanon Street, Lebanon. Jim will be laid to rest at Oak Hill Cemetery in Lebanon. Those unable to attend are welcome to sign his online register and leave a personal message at www.strawmyerdrury.com.