You Are Here:Home>Obituaries>Obituary For Jane Heath 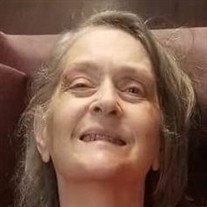 Mrs. Jane Ann Heath, 62, formerly of Lebanon and Hillsboro, passed away Sunday, May 5, 2019 at Summerfield Healthcare Center in Cloverdale, Indiana. She was born September 1, 1956, in Lebanon, Indiana, the daughter of the late Charles Richard and Norma Jean (Palmer) Quick.

She was a graduate of Lebanon High School.

While in Lebanon, Jane worked for the local Lebanon branch of Bureau of Motor Vehicles. In 2005, she and Gerald moved to Hillsboro where they operated Charlarose Campground.

Jane was a devoted wife, mother, and grandmother. In addition to her family, she enjoyed camping and running the campground.

In addition to her parents and husband, Jane was preceded in death by a brother, Ted Quick.

Memorials may be directed in her memory to the charity of the donor’s choice.