You Are Here:Home>Obituaries>Obituary For Jerry Lee Nease 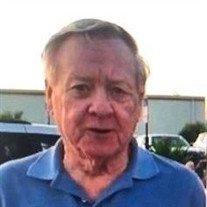 Jerry was a life resident of Lebanon and attended Lebanon High School. In 1957 he enlisted in the U.S. Army, serving two honorable years with the 19th Combat Engineers.

Jerry farmed as well as worked as an expediter assembler and material supplier at Commercial Filters, now Parker-Hannifin Corp., for over forty years. He retired in March 1997.

He was a member of Fairview Church in Boone County. Devoted to his family, he enjoyed all the get-togethers and family functions. Jerry also enjoyed fishing, hunting and had a love for all animals, especially horses.

In addition to his parents and wife, Jerry was preceded in death by one brother, Marvin Nicely; sisters, Mary Campbell, Mozelle Wyatt; brother-in-law, Amos Hale