You Are Here:Home>Obituaries>Obituary For Joseph “Larry” Goyer 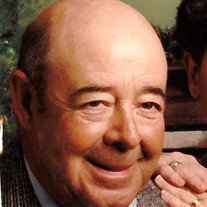 Larry was preceded in death by his wife, Carol (Allen) Goyer.

In honor of his request, no public services will be held. A Celebration of Life will be held at a later date.

Myers Mortuary and Boone County Crematory have been entrusted with his care. He will be laid to rest at Lincoln Memory Gardens in Whitestown, Indiana. Online condolences: myersmortuary.com