You Are Here:Home>Obituaries>Obituary For Larry Proctor 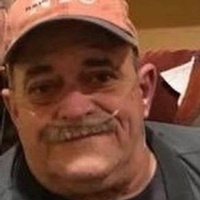 Larry Proctor, 72, of Lebanon, passed away Apr. 4, 2019, at Life’s Journey of Avon.
Larry was born Dec. 5, 1946, in New Castle, a son of the late Louis Proctor and Eleanor (Ailstock) Lawton. He married Sherry Montgomery on Oct. 1, 1967, and they were married for over 40 years, having three children together.
Larry graduated from New Castle High School in 1965. He then went on to serve in the US Marines, serving in the Vietnam War. Larry was a Union electrician in IBEW 481. He was a member of Boone Lodge #9 F & AM and the Boone County Shrine Club. Larry had a huge heart and was always helping others. He had a great sense of humor. Larry’s family was very important to him and he was a great dad.
Survivors include his children, Misty Gatewood of Lebanon, Brad (Tammy) Proctor of Lebanon, and Jason Proctor of Lebanon; grandchildren, Rachael Emmert, Travis Emmert, Kaylee Proctor, Kelsie Funk, Keian Gatewood, Dawson Gatewood, Jordyn Proctor, Makayla Huffer, and Kenton Proctor; great-grandchildren Quentin Emmert, Harper Alexander, and Riley Emmert; brothers, John, Eddie, Fred, and Dale Lawton; sister, Norma Lawton; and several nieces and nephews. In addition to his parents, Larry was preceded in death by his brother, Gary Lawton; and sisters, Judy Wolfe and Patty Lawton.
Family and friends will gather Mon., Apr. 8, 2019, for Military Honors at 5 p.m. and a visitation from 5 p.m. until 8 p.m. in the Strawmyer & Drury Mortuary, 2400 N. Lebanon Street, Lebanon. You are invited to visit the website www.strawmyerdrury.com where you may sign his online register and leave a personal message.
Memorial contributions in his memory may be made to the Cystic Fibrosis Foundation, 4550 Montgomery Ave., Suite 1100 N, Bethesda, MD 20814.