You Are Here:Home>Obituaries>Marvin Leon Golladay 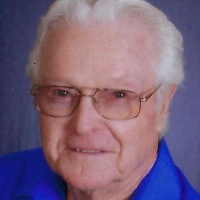 Marvin Leon Golladay, 86, of Mechanicsburg, was carried by angels (Luke 16:22) to meet his savior, Jesus Christ, on July 20, 2019 at Witham Extended Care. Though he will be deeply missed here on Earth, we celebrate that he is now with the Lord.

He was born March 20, 1933 in a home east of Lebanon, IN, to Almanda (Golladay) Bryant. He gained a love for farming at a young age, helping out his grandparents on their farm. He attended Whitestown High School and went on to serve in the Korean Conflict as a Sergeant.

He married the love of his life and best friend, Patricia (Hedge) Golladay on July 13, 1974. They just celebrated 45 years of marriage. He worked at Shumate Business Forms for 40 years, retiring in 1995 as a supervisor. He received his private pilot’s license and loved to fly.

Marvin was an active member of Countryside Christian Fellowship. He and Patty enjoyed traveling the country and farming throughout his life. He loved spending time with his grandchildren and great-grandchildren and could frequently be found at their numerous events. He served on the Clinton Township Trustee Board for 15 years. He received the Distinguished Agriculture Career Award by Boone County Breeders & Feeders and participated in the Honor Flight in Washington DC for his military service.

Family and friends will gather Wed., July 24, 2019, for visitation from 4 p.m. until 8 p.m. and funeral services will be held Thurs., July 25, 2019, at 11 a.m. in the Strawmyer & Drury Mortuary, 2400 N. Lebanon Street, Lebanon. Marvin will be laid to rest at Oak Hill Cemetery in Lebanon. You are invited to visit the website www.strawmyerdrury.com where you may sign his online register and leave a personal message.