You Are Here:Home>Obituaries>Obituary For Shawn R. Pettit 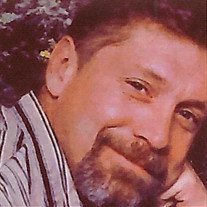 Shawn Richard Pettit, 55, passed away at Essex Nursing Home in Lebanon, Indiana, on Wednesday, April 3. He was born in Shelbyville, Indiana on February 10, 1964, a son of Melissa L. (Gray) Burch and the late Richard D. Pettit.

Shawn worked for Poor Jack Amusements, running the Ferris Wheel and enjoyed meeting new folks along the way. He was also was employed in construction and factory work. Shawn was a free spirit; traveling and working throughout the United States.

He leaves behind:
Mother:
Melissa Burch of Brooklyn Park, Minnesota

Memorial Services are to be held at a later date in Shelbyville, Indiana. Myers Mortuary & Boone County Crematory in Lebanon assisted with his arrangements locally.