You Are Here:Home>Obituaries>Obituary For Terry L. Steele 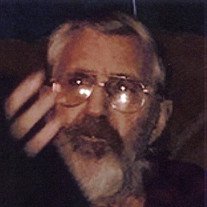 Terry L. Steele, 68, of Lebanon, Indiana, passed away on Thursday, March 28, 2019 at Witham Memorial Hospital in Lebanon. He was born on March 5, 1951 in Bluffton, Ohio to the late Harold and Pamela (Donahue) Steele.

He graduated from Bluffton High School in 1969. Following graduation he served 4 years in the U.S. Army and later the Ohio National Guard.

In 1975 he was married to Connie L. (Davis) Steele; she survives and shared 44 years together. Terry and his family moved to Lebanon in 1990.

Terry was a machinist, employed at Wabash National and Hendrickson in Lebanon. He also owned his business, TS Weld, and did landscaping on the side.

He was a member of the American Legion in Sheridan. Terry enjoyed woodworking, working on cars, motorcycles and computers. He was hardworking, liked to stay busy and always tinkering with something.

In addition to his parents, Terry was preceded in death by two sisters, Sue Archer and Jenny Spencer.

Friends and family will gather for visitation on Tuesday, April 2 from 2:00 to 3:00 p.m. at Myers Mortuary, 1502 North Lebanon Street, Lebanon, Indiana.
Funeral Services with military rites will be held at 3:00 p.m. on April 2 at the funeral home in Lebanon.
Boone County Crematory in Lebanon has been entrusted with his arrangements for cremation following services.