You Are Here:Home>Obituaries>Patricia Ann “Pat” Wethington 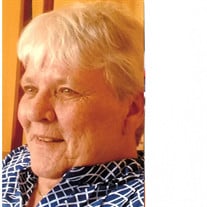 Patricia Ann “Pat” Wethington, 75, passed away on Wednesday, September 8, 2021, at her home in Greenfield, Indiana. She was born in Lebanon, Indiana, on April 4, 1946, a daughter of the late Herbert Wethington and Mary Frances (Frye) Brown.

Pat was employed with the U.S Postal Service. She began her career as a letter carrier in San Diego, California and later moved to Greenfield, Indiana, where she retired.

She was a member of the American Legion Post #119 in Greenfield and the VFW in Greenfield. Pat loved her family and loved all animals. In her free time, she enjoyed bowling, fishing and being with friends.

In addition to her parents, Patricia was preceded in death by a sister, Judy Wethington Farrell; a niece, Misty Moody, and her loyal Springer Spaniel, Jordan.

Visitation is planned from 11:00 to 2:00 p.m. on Monday, September 13, 2021, at Myers Mortuary, 1502 North Lebanon Street, in Lebanon, Indiana. Funeral Services will be held at 2:00 p.m. on September 13 at the funeral home in Lebanon. Interment will follow services at Oak Hill Cemetery in Lebanon.

Memorials may be made in her memory to the Humane Society of your choice. Online condolences: myersmortuary.com