You Are Here:Home>Obituaries>Paul E. Edlin 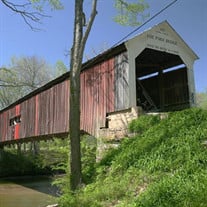 Mr. Paul E. Edlin, 78, of Lebanon, passed away on Monday, October 18, 2021 at the Richard L. Roudebush VA Medical Center in Indianapolis. He was born on April 23, 1943 in Lebanon, Indiana; a son of the late Samuel Arthur and Mildred Marcia (McClung) Edlin.

He was a graduate of Pinnell High School and served his country honorably in the U.S. Army. After serving in the Army, he graduated from Ivy Tech in Indianapolis with a degree in electronics.

Paul was an electrical engineer working for various companies in Indianapolis. He also attended Lebanon Rock Church. Paul enjoyed anything that involved electronics, collecting items with his metal detector, traveling and spending time with family and friends.

In addition to his parents, Paul was preceded in death by a brother, Charles A. Woodside and brother-in-law, Charles Heath.