You Are Here:Home>Obituaries>Phillip Edward Toney “Toppy” 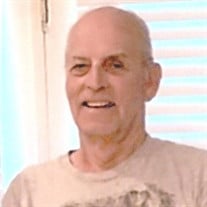 On June 16, 2021, Phillip Edward Toney “Toppy” passed away peacefully at his home in Thorntown surrounded by family and friends at the age of 68. He was born in Lebanon, Indiana on January 19, 1953; a son of the late John and Doris (Mangus) Toney.

He retired from CSX (Conrail) after 37 years. Phil loved to ride his Harley Davidson, fishing, golfing, playing poker and spending time with his family and friends. He also had a love for working on anything with a motor.

In addition to his parents, Phil was preceded in death by a sister, Jennifer Toney-Strong.

We would like to thank all of his family and friends for their continued love and support.

Visitation will be held from 11:00 a.m. until the time of the service on Monday at the funeral home in Thorntown.

Interment will follow services at Brush Creek Cemetery in Thorntown.

Memorials may be given in his honor to the charity of the donor’s choice.