You Are Here:Home>Obituaries>Phyllis Jean Eck 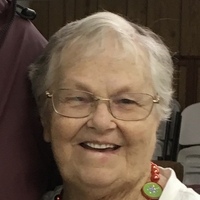 Phyllis was born November 11, 1938, in Anderson, a daughter of the late Lewis and Louise (Perry) Williams. She married Henry Eck on March 10, 1964. He survives.

Final care of Phyllis has been entrusted to the Strawmyer & Drury Mortuary, 2400 N. Lebanon Street, Lebanon. Memorial contributions in her memory may be made to a charity of the donor’s choice.