You Are Here:Home>Obituaries>Raymond “Ray” Russell Shepherd 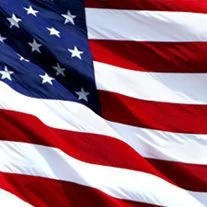 Raymond “Ray” Russell Shepherd, 77, passed on December 22, 2020 at Witham Memorial Hospital in Lebanon, Indiana. He was born on August 8, 1943 in Crawfordsville, Indiana, to the late Russell Howard and Helen (Bonwell) Shepherd.

He graduated in 1961 from Lebanon High School. Following high school, he served his country honorably in the United States Air Force.

On October 4, 2012, he was married to Patricia “Pat” (Lane) Shepherd in Walker, Minnesota; she survives.

Ray worked as a welder for 27 years for Panhandle Eastern Pipeline. He was a member of St. Joseph Roman Catholic Church and the Knights of Columbus of Lebanon.

He was a kind, gentle, and hardworking man who enjoyed helping friends and family in need. Ray liked fishing, playing Euchre, and attending his children and grandchildren’s activities.

In addition to his parents, Raymond was preceded in death by sisters, Sharon Schwier and Martha Shepherd; brothers-in-law, Joseph Garst and David Denney; and a nephew, Eli Shepherd.

Ray’s wishes were to be cremated following a private family viewing. A celebration of life will be held at a later date.

Memorials may be made in his memory to the St. Joseph Knights of Columbus.