You Are Here:Home>RadioMom Local News>Red Barn Present The Odd Couple 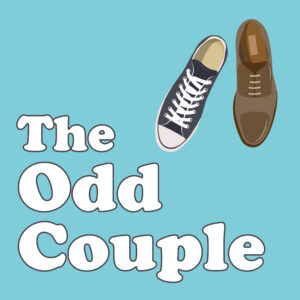 The Odd Couple tells the hilarious tale of two friends who are total opposites–Oscar, the divorced slob and Felix, the fastidious fussbudget.  On the night of his weekly poker party, Oscar allows Felix to stay at his place because the sensitive Felix has just separated from his wife.  Their friendship is put to the test when they discover they couldn’t be more different but Felix and Oscar’s growing misery provides loads of laughter for the audience.

Playing on the lawn Wednesday and Thursday the first week of The Odd Couple run will be talented Frankfort musicians Gibson Wells (6/23) and Hunter Wainscott (6/24).  The Cellar, wine and picnic area, will be open on Fridays and Saturdays only.

Curtain goes up on The Odd Couple at 7:30 pm, Wednesdays through Saturdays, June 23-July 3.   The Sunday matinee performance on June 27 begins at 2pm.  The Red Barn will be dark on July 4th.  Order tickets on-line now at redbarntheatre.net or call the box office at 765-659-1657 after 5pm, Wednesday through Saturday.