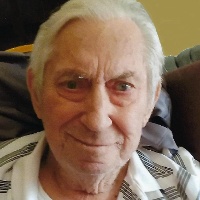 Richard worked as a machine operator for International Harvester and Navistar. He was also a member of the Masonic Lodge.

Family and friends will gather Friday, Aug. 2, 2019, for visitation from 11 a.m. until the time of the service at 2 p.m. in the Strawmyer & Drury Mortuary, 2400 N. Lebanon Street, Lebanon. Richard will be laid to rest at Orchard Hill Cemetery in Wanamaker, IN. You are invited to visit the website www.strawmyerdrury.com where you may sign his online register and leave a personal message.

Memorial contributions may be made to Advance Christian Church, P.O. Box 6, Advance, IN 46102.