You Are Here:Home>Obituaries>Ricky Lee Shelton 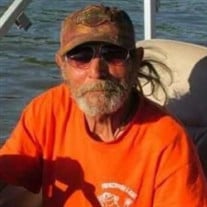 Mr. Ricky Lee Shelton, 62, passed away Sunday morning, May 30, 2021, at his home in Frankfort, Indiana. He was born in Crawfordsville, Indiana, on December 22, 1958, a son of the late Darwin Pratt and Virginia Roselene “Rose” (Shelton) Pratt.

Raised in Boone County, he attended Western Boone High School. Ricky Lee was a skilled handyman and “jack of all trades.” He was employed with Wampler’s Salvage Company as a collection clerk.

Ricky Lee was a member of the Eagles #976 in Frankfort. He loved fishing and enjoyed camping, tinkering around in his garage and building projects out of scrap metal and wood.

In addition to his parents, Ricky Lee was preceded in death by his brother, Terry Wayne Pratt.

Funeral Services will be held at 4:00 p.m. on Monday, June 7, 2021 at Myers Mortuary, 1502 North Lebanon Street in Lebanon.
Visitation will be held from 2:00 p.m. until the time of service on Monday at the funeral home in Lebanon.

Cremation arrangements have been entrusted to Boone County Crematory.

In lieu of flowers, memorials may be directed to Myers Mortuary to assist the family.