You Are Here:Home>Obituaries>Robert B. Skow 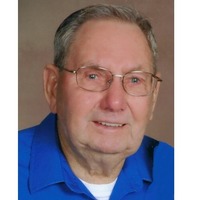 Robert B. Skow, 93, of Lebanon, died peacefully holding the hand of his wife on Monday, June 20, 2022, at Homewood Health Campus in Lebanon.

Bob was born on Sep. 5, 1928, in Bradgate, IA, a son of the late John and Katie (Christensen) Skow. He spent his formative years living in the midst of the Great Depression, and like many of his generation, that experience influenced the rest of his life. The lessons Bob learned in his early years never left him. He spent his life living out the ideals of honoring God and valuing family, honesty, integrity, hard work, generosity, humility, thrift and pragmatism.

Bob started working in grade school delivering groceries and newspapers, developing the work ethic that he later passed along to his own children and grandchildren. He graduated from Gilmore City High School, Iowa in 1946 and in 1950 went on to serve in the U.S Army during the Korean War where he received two Purple Hearts. He was honorably discharged in 1953. Though he rarely spoke of his time in Korea, he was proud of his service to his country and wore the title of Veteran with dignity and honor.

After Korea, Bob traveled the country working for Dekalb, where he honed his masonry skills. Later Bob settled in Thorntown, where he worked self employed as a brick mason and carpenter for himself and contractors for many years, earning the respect and admiration of everyone he worked with. He went on to work for Methodist Hospital as a carpenter where he retired after 14 years with a celebration of his accomplishments and abilities.

By far, Bob considered his greatest achievement in his life to be his family. He was devoted to them and they to him. He married Sally Lee Barber in 1952 and they had five children together. They divorced in 1965. He married the great love of his life, Judy Allen on May 9, 1969 and they have one son. She survives. Bob didn’t just love his own children, but he embraced all their various girlfriends, boyfriends, spouses, and significant others and treated them like they were his own. Beyond his own wife and children, his affection and dedication to his parents and siblings was enduring. For years, he spent his one week of vacation a year driving a car full of restless young’uns to Iowa to visit his family. And when Bob and Judy married, he embraced her passel of brothers and sisters and all their spouses and children with open arms and an open door. Their home in Thorntown became the central gathering point for family and friends for the 48 years they lived there. It was a happy home full of love, laughter, and good food and the Skow family hospitality was legendary.

After they retired, Bob and Judy finally had the opportunity to travel. They gambled in Vegas, swam in the ocean in Florida, and rode the rails across country to Seattle. They wandered the streets of New York City and rode a tour bus all over New England. They enjoyed cruises in Alaska and Hawaii. They gazed in awe at the monuments in Washington DC, where Bob stood tall and proud beside the Korean War Memorial. And of course, they took endless road trips to Tennessee and Florida to see their kids and grandkids. For all the traveling, at the end of his life when he was asked about his favorite place he’d ever been, he acknowledged with a smile that it was his home in Thorntown.

Bob was a strong Christian and a member of Dover Christian Church. He enjoyed watching NASCAR, college sports including basketball and football, especially Big Ten games. He was a staunch Iowa Hawkeyes fan and could often be heard snorting in disgust at a bad call. One of his daughters-in-law always believed he secretly enjoyed the bad calls and lived for the moments he could curse the referees. In addition, Bob was a great card shark. His knowledge of card games was boundless and his skills were legendary. When he wasn’t playing cards with family and friends, he could be seen sitting at the kitchen table playing endless games of solitaire.

Family and friends will gather for a celebration of his life Saturday, Jun. 25, for visitation from 10 a.m. until the time of the funeral service at 12 p.m. at Strawmyer & Drury Mortuary, 2400 N. Lebanon Street, Lebanon. Bob will be laid to rest with military honors at Maple Lawn Cemetery in Thorntown.

Memorial contributions in his memory may be made to Dover Christian Church, 955 N. SR 75, Lebanon, IN 46052, or the charity of the donor’s choice. You are invited to visit the website where you may sign his online register and leave a personal message at www.strawmyerdrury.com.