You Are Here:Home>Obituaries>Robert Earl Jones, Sr 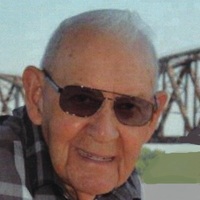 The family will have a private service on Friday, Feb. 12, 2021 at the Strawmyer & Drury Mortuary, 2400 N. Lebanon Street, Lebanon. Bob will be laid to rest at Oak Hill Cemetery in Lebanon.

Memorial Contributions in his memory may be made to Dementia Society of America, PO Box 600, Doylestown, PA 18901.