You Are Here:Home>Obituaries>Robert Keith Willis 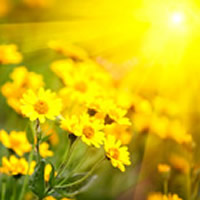 Robert Keith Willis, 88, of Colfax, Indiana passed away at Homewood Health Campus on Thursday, August 4, 2022. He was born in Lebanon, Indiana on November 26, 1933; a son of the late Floyd R. and Marguerite (Padgett) Willis.

He attended Kirklin High School and worked as a masonry contractor for many years. On August 10, 1951 he was married to Sharlene Carol (McClure) Wills; she passed away earlier this year on February 5, 2022.

In addition to his parents and wife, Robert was preceded in death by a brother, Jim Wills and sister, Marilyn Harding.

A memorial service for Robert his late wife, Sharlene will be held at a later date. Myers Mortuary and Boone County Crematory has been entrusted with his cremation arrangements.