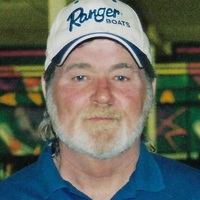 Ron was born Feb. 17, 1946 in Indianapolis, a son of the late Drewey Albert Britt and Dorothy Shawgo. He grew up and was raised by Demie Clingler and her children, David Hale, Jean Metzger, Helen Netherton (deceased), and Diana Snyder. He was married to Marcia Jones on July 21, 1990. She survives.

Ron was a three sport athlete and 1966 graduate of Lebanon High School. He attended Ball State University and was drafted into the U.S. Army during the Viet Nam War. He was a technician for General Motors/Allisons Transmission for over 30 years retiring in 2008. He was a Pro Bass fisherman and also enjoyed playing softball and bowling, having been inducted into the Bowling Hall of Fame.

Survivors include his wife, Marcia and sons, Shane (Amy) Britt and Austin Britt, both of Lebanon; a granddaughter, Lexy Britt of Lebanon; and sisters Barbara Britt of Indianapolis and Carol Meinhardt of Michigan.