You Are Here:Home>Obituaries>Ronald Ray Rolston 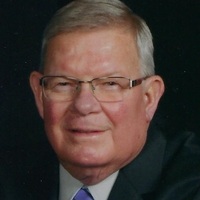 Ron graduated from Goshen High School in 1964, and then went on to attend the International Barber School, graduating in 1966. He served in the US Army Reserve for six years, until 1972.

Ron owned and operated the Advance Barber Shop from 1985 until he retired in 2017. He loved being a barber and his favorite saying was, “It’s not just a haircut – it’s a social event.” In addition to being a barber, Ron was a farmer for over 40 years. For many of those years, he also maintained a farrow-to-finish hog operation.

Ron was a member of the Dover Christian Church, Thorntown Kiwanis, and the Advance American Legion. He enjoyed golfing, fishing, traveling, going on cruises, playing cards, attending car shows, spending time with family and friends, and attending sports activities that his grandchildren were involved in. He was also an avid IU basketball fan. His family was the most important thing in his life, and he was extremely proud of his children’s and grandchildren’s accomplishments.

Family and friends will gather Saturday, Jan. 23, 2021, for visitation from 10 a.m. until the funeral service at 2 p.m. at the Dover Christian Church, 955 IN-75, Lebanon. Ron will be laid to rest at Dover Cemetery. In lieu of flowers, the family asks that donations be made to Dover Christian Church or Thorntown Kiwanis Club.