You Are Here:Home>Obituaries>Roxanne Bagozzi Davis 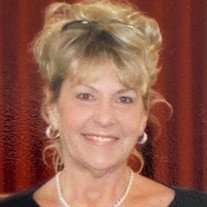 Roxanne Bagozzi Davis, 76, of Colfax, Indiana passed away on Tuesday, February 23, 2021 at her home with family by her side. She was born on August 30, 1944 in Lincoln, Nebraska; a daughter of the late Andrew John and Dorothy Lucille (Becker) Szabo.

She was a 1963 graduate of Lincoln Park High School in Lincoln Park, Michigan. Following high school, she received a bachelors degree from Wayne State University in Detroit, Michigan.

She was a member of the Lebanon Legion Auxiliary. Roxanne retired as a Nursing Home Administrator from Essex Assisted Living in Lebanon. She loved the lake life at Glen Flint Lake and shopping. However, family was her everything and she adored her grandchildren.

No services will be held. Myers Mortuary and Boone County Crematory in Lebanon, Indiana have been entrusted with her cremation arrangements.