You Are Here:Home>Obituaries>Ruth Ann Spears 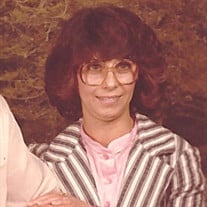 Mrs. Ruth Ann Spears, 80, of Lebanon, Indiana, passed away Wednesday morning, November 24, 2021, at Homewood Health Campus in Lebanon. She was born February 16, 1941 in Somerset, Kentucky, a daughter of the late Lawrence and Irene (Cox) Smith.

Raised in Somerset, Kentucky, Ruth Ann had attended Science Hill Schools. She later moved to Lebanon, Indiana, where she raised her family. For many years, she had worked at Prairie Industries in Lebanon. Ruth Ann loved her family dearly and enjoyed everything that had to do with horses.

In addition to her parents and her husband, Ruth Ann was preceded in death by a brother and sister-in-law, David and Loriane Smith; and a grandson, Jason Spears.

No services are planned at this time. Myers Mortuary and Boone County Crematory have been entrusted with her cremation arrangements.