You Are Here:Home>Obituaries>Ruth Marie Coffman 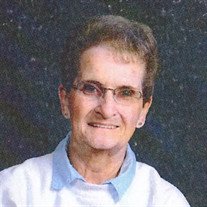 Mrs. Ruth Marie Coffman, 82, passed away on Tuesday, April 6, 2021 at St. Vincent Hospice in Indianapolis. She was born on November 19, 1938 in Lafayette, Indiana; a daughter of the late Roy Oscar and Laura Alice (Gum) Houmard.

A longtime resident of Lafayette, Ruth attended Lafayette Jefferson High School. She moved to Thorntown, Indiana in 1976 and married Morris Earl Coffman in Thorntown on December 25, 1976. He preceded her in death on November 25, 2009.

Ruth had worked at Witham Memorial Hospital in the Housekeeping department for several years and prior to that had worked in the hospitals in Lafayette.

She enjoyed being outdoors and working in the yard. She loved the Lord and was a faithful member of Lebanon Rock Church in Lebanon.

Visitation will be held from 2:00 p.m. until the time of service on Saturday at the funeral home in Thorntown. Burial of Ashes will take place at a later date at Maple Lawn Cemetery in Thorntown, Indiana.