You Are Here:Home>Obituaries>Ruth Mary Mootz 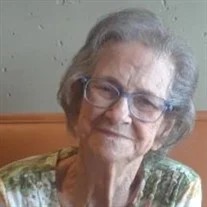 Mrs. Ruth Mary Mootz, 93, passed away peacefully surrounded by family on Tuesday, September 1, 2020 at CrownPointe Assisted Living in Lebanon. She was born on June 1, 1927, in Evansville, Indiana, the daughter of the late Hiram Allen and Mabel Hazel (Skelton) Rice.

Mrs. Mootz was raised in Evansville where she graduated from Benjamin Bosse High School. She moved to Indianapolis in 1952.

On February 27, 1953, she was married to Bobbie Francis “Bob” Mootz in Indianapolis. They had shared 62 loving years together before his passing on February 9, 2015.

She had worked as a bank teller at Peoples Bank in Indianapolis. In 2000, she and Bob moved to Lebanon. While living in Lebanon, they were members of Centenary United Methodist Church.

In addition to her parents and husband, Ruth was preceded in death by a son, Randy Mootz, and a brother, Robert Lee Rice.

Graveside Funeral Services will be held at Browns Wonder Cemetery in Lebanon at 12:30 p.m. on Friday, September 4, 2020. Myers Mortuary, 1502 North Lebanon Street, in Lebanon, Indiana is handling the arrangements.

In lieu of flowers, Memorials may be given to CrownPointe Senior Living (Activity Fund)
610 West CrownPointe Drive, Lebanon, Indiana 46052.