You Are Here:Home>RadioMom Local News>Semi Pro basketball Comes To Lebanon 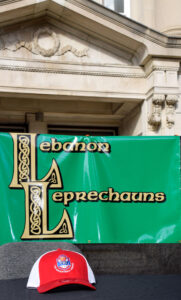 Next March, the Lebanon Leprechauns will take Rosenstihl Gym floor as a team in The Basketball League. The Basketball League has more than 45 teams across North America. The Lebanon Leprechauns will be a member of the league’s Midwest Conference. March kicks off the league’s fifth season. The teams play for 12 weeks, followed by a playoff season to narrow down a league champion. More details in the Lebanon Reporter.