You Are Here:Home>Obituaries>Stanley D. Bogan 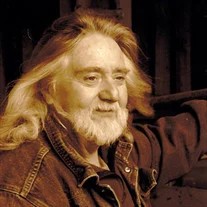 Mr. Stanley D. Bogan, 74, was welcomed into heaven on Saturday, December 5, 2020. He spent his final hours here on earth surrounded by family. He was born January 15, 1946 in Indianapolis, Indiana, a son of the late William L. and Gladys L. (Morton) Bogan.

He was a 1964 graduate of Lebanon High School. Following high school, he attended Tri-State University in Angola.

He worked most recently with his daughter and son-in-law at the Thorntown Veterinary Clinic. He was an insurance agent for Farm Bureau during the 80’s. He also enjoyed building houses and furniture at Lalas, Inc. and for J & J Woodcrafters in Lebanon.

Stanley was a dedicated elder and youth director at Mechanicsburg Christian Church. He enjoyed leading the youth of the church for many decades. He was also a member of the Sundown Music Group which retired in 2018. Stanley enjoyed everything he touched and had a great passion for a number of things: vacationing with his beloved wife, entertaining, music, sailing, scuba diving, woodworking, mushroom hunting, and volunteering for youth organizations throughout the community. His greatest passion was spending time with his children, grandchildren, and great-grandchildren.

In addition to his parents, Stan was preceded in death by a brother, Ragene Bogan.

No services will be held. Myers Mortuary and Boone County Crematory have been entrusted with his cremation arrangements.

Memorials may be made in his honor to the Mechanicsburg Christian Church Youth Program, 650 West Horton Road, Kirklin, IN 46050 or the Boone County Cancer Society, 117 West Elm Street, Lebanon, IN 46052.