You Are Here:Home>RadioMom Local News>State Trooper Injured, Driver Being Investigated For OWI 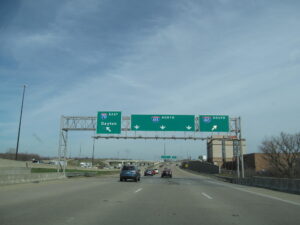 (Indianapolis, IN)  —  A state trooper is in the hospital after a crash on Interstate 465 about six miles west of Zionsville.  The first collision happened around 7:30 Sunday night, shutting down three lanes of the highway for over an hour.  While first responders were clearing the crash, a trooper in his patrol car was struck by another vehicle.  The driver is being investigated for operating while intoxicated.