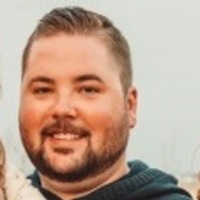 Stephen graduated from Western Boone High School with the class of 2010. He grew up and spent his entire life raising, showing, and judging livestock, proudly owning Gentry Genetics. His family and friends were especially important to him. Stephen was a ten- year 4-H member and was a member of the Black Hawk East Livestock Judging Team, and achieved high individual at the National Barrow Show. Stephen was raised in the Lutheran Church, Missouri Synod, being baptized on Jul. 12, 1992, at King of Kings Lutheran Church in Mason, OH, and confirmed on May 7, 2006, at Advent Evangelical Lutheran Church in Zionsville, where he was a member.

Family and friends will gather Tuesday, Nov. 30, for visitation from 2 p.m. until the time of the Remembrance Service at 6 p.m. in the Strawmyer & Drury Mortuary, 2400 N. Lebanon Street, Lebanon. Guests are encouraged to wear their show attire or comfortably casual. A funeral service will be held Wednesday, Dec. 1, at 10 a.m. with Pastor Marcus Mackay and Pastor James Grady officiating in the Advent Evangelical Lutheran Church, 11250 N. Michigan Road, Zionsville. Stephen will be laid to rest at Old Union Cemetery in Jamestown, surrounded by family.