You Are Here:Home>Obituaries>Stephen P. Anderson 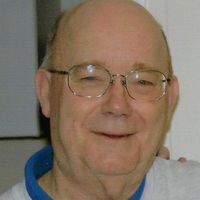 Stephen was born Apr. 23, 1949 in Lebanon to the late Paul M. and Mary Frances (Cornett) Anderson.

Stephen was a graduate of Lebanon High School. He worked at Farm Bureau Co-op for 27 years and owned Anderson Nuts and Candies. Known for his great sportsmanship, Steve enjoyed and was competitive in bowling, golf, Euchre, Yahtzee and crossword puzzles. His family was important to him.

Survivors include his children, Julie (Jordon) Anderson of Caledonia, MI and Jason (Sherri) Anderson of Torrance, CA; grandchildren, Joel and Jobe Anderson of Michigan and Ariana, Alex and Amber Anderson of California; a brother, Stanley Anderson of Texas; and special nephew, John Boone. In addition to his parents, Stephen was preceded in death by an infant son, Chad Anderson; brother, John Anderson and sister, Janet Boone.

Family and friends will gather Friday, Mar. 19, 2021 for visitation from 4-6 p.m. in the Strawmyer & Drury Mortuary, 2400 N. Lebanon Street, Lebanon. A private funeral service will follow the visitation. You are invited to visit the website where you may sign his online register and leave a personal message at www.strawmyerdrury.com.