You Are Here:Home>RadioMom Local News>Stolen Car Chase Through Lebanon Ends With Crash, Injuries 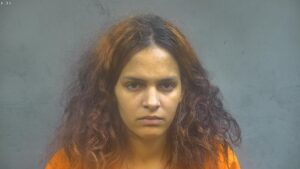 Everyone involved in yesterday’s chase and crashes in Lebanon is expected to be okay, but police say it could have been much worse. Lebanon Police say Jamiah Brown 18, was driving a stolen car and led police on a chase that ended with a four-car crash in the city yesterday afternoon. The 18-year-old had her baby in the car at the time. Police say the car she was driving was reported stolen out of Muncie. Several people were taken to local hospitals after the crash yesterday, all of them with non-life- threatening injuries.