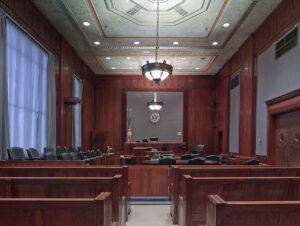 The suspect in a double murder at the NHK plant wants his trial moved out of Clinton County. Gary Ferrell the Second’s lawyers are asking for a change of venue. Ferrell is facing the death penalty for the shooting in August that left a 21-year-old woman and her grandmother dead. All three worked at the plant. Investigators say Ferrell tried to kidnap the young woman before killing the two. Ferrell is due in court next in December.