You Are Here:Home>Obituaries>Teresa Ann Lloyd 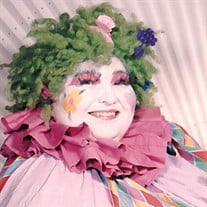 Teresa Ann Lloyd, 69, passed away on Monday, October 11, 2021, at St. Vincent Hospital in Carmel, Indiana. She was born January 19, 1952, in Boone County, Indiana, a daughter of the late Harry Norman and Ella Mae (Hughes) Pounds.

She graduated from Granville Wells High School in 1970. Following high school, she received her associate degree from Ivy Tech.

Teresa was self-employed with “Teresa’s Tax Service” for over 40 years. She was a Girl Scout Leader and a member of Love & Faith Fellowship for many years. She loved sharing her faith and talent through clown ministry “Clips the Clown of Christ”, traveling to local churches, and various events in the community.

In addition to her parents and husband, Teresa was preceded in death by brothers, Robert Pounds and Tommy Pounds; two sisters, Roberta Adams and Betty Ashley; and a brother-in-law, Bill Ashley.

Myers Mortuary and Boone County Crematory in Lebanon, Indiana have been entrusted with her cremation arrangements. Burial of ashes will take place at a later date at Old Union Cemetery.

Memorials may be given in her memory to the charity of the donor’s choice.